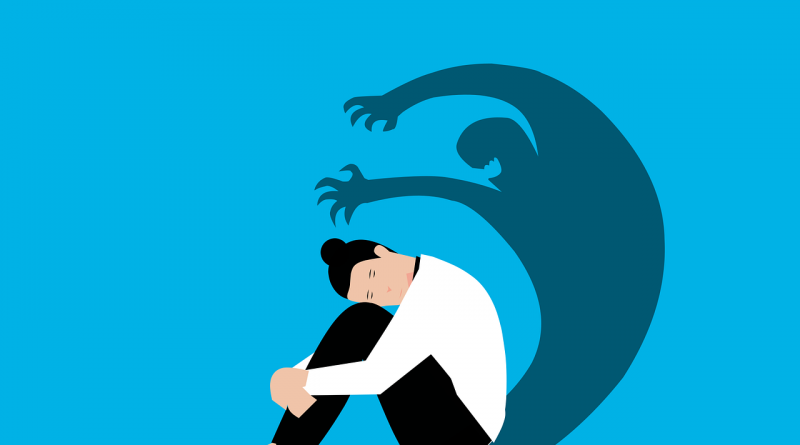 Unless you’ve experienced anxiety, it can be difficult to appreciate just how debilitating it can be.  Sometimes you know it’s in your head, and you can talk yourself through it.  Other times it feels like a physical thing and it can completely take you down. Anxiety is the most common psychiatric disorder, affecting almost 1 in 5 people, so take comfort that you are not alone.

There is a lot of snake oil out there promising quick magical fixes – spoiler alert there are none – so  it’s worth looking at what supplements are actually backed by studies.  And always talk with your doctor or mental health professional first to find out what is best for your individual circumstances, some supplements can interact badly with prescription medications.

Before you supplement make sure you get the basics right. Regular exercise, good social connections and eating a healthy diet to start with. And on the food side of things, you’ll want plenty of organic vegetables and fibre, while limiting your sugar and alcohol.

Estimates suggest that 50% to 90% of the population is deficient in magnesium. And, given its incredibly important role in hundreds of biochemical reactions in the body, well…that’s not great, especially for anxiety and depression. Poor diets with processed foods, alcohol and some medications are often the culprits behind low magnesium levels, but it is also quite difficult for us to retain magnesium and we require a number of other co-factors and minerals to help with absorption.

One study showed a clear correlation between low magnesium levels and anxiety, but suggested that post-partum anxiety was not affected. Another researcher showed that supplementation with 200mg of magnesium per day substantially reduced anxiety-related pre-menstrual tension symptoms, including mood swings, irritability and anxiety. Another study gave participants 300mg of magnesium lactate dihydrate. The group who had low levels of magnesium and high levels of self-reported stress experienced marked improvement in their mental health.

Read our article on Which Magnesium Supplement is Best here

Ashwagandha is a powerful adaptogenic herb that has been used in Ayurvedic medicine for around 3000 years. It is usually prescribed for anxiety, inflammation and boosting testosterone in men.

One study split participants into two groups – insomniacs and folks who slept just fine, thank you very much. In both groups there was a significant improvement in sleep and a decrease in anxiety.  Another randomized double-blind placebo-controlled study of of forty patients with generalised anxiety disorder showed a significant improvement in the anxiety rating score of participants.  The group was also taking SSRI medication suggesting that Ashwagandha could be a useful adjunct to SSRI therapy for the treatment of generalised anxiety disorder.  As always, discuss with your doctor first to ensure there are no contraindications for you.

Your mum was right; fish is good for you!

One placebo-controlled study showed that the administration of fish oil was a simple and easy supplement to provide a positive therapeutic outcome in individuals at high risk of psychosis. High doses of as much as 2000mg a day appeared to have the most effect in reducing anxiety according to the Harvard Medical School, with the suggestion that much of the effect is due to the high proportion of omega-3 fatty acids.

Try and get your fish oil with as far a use-by date as possible, to minimise oxidation. Or better still use Krill oil which has lower levels of pollution and is naturally resistant to oxidisation.

L-theanine is an amino acid found in green tea, with around 25mg per cup. Supplements will often have much higher doses, but (I have no scientific basis to prove this) I’m guessing that gently sipping a cup of tea over 20 minutes or so will pace the amount of L-theanine your body can absorb as well as forcing you to take a moment to relax.  A positive feedback loop if ever there was one.

One placebo-controlled double-blind study showed significant improvements in participant’s State-Trait Anxiety Inventory scores with 200mg tablets provided. You’d need to drink a lot of green tea to hit that same level, and you’d probably find the .  Another study https://www.ncbi.nlm.nih.gov/pmc/articles/PMC7842745/CBD Oil was also useful for limiting anxiety in adolescent users of cannabis, by helping to modulate GABA and producing a calming effect.  So all you stoners, get yourself some green tea!

Vitamin B12 and D

Obviously, it is best to try and get your vitamins through a healthy diet, a variety of vegetables and plenty of fibre.  But B12 and D can be notoriously problematic and deficits can lead to a range of issues. One study a strong correlation between deficiency in these vitamins and depression and anxiety in children and adolescents.

Beef, liver, chicken and shellfish are all high in B12. Or many vegan foods can be fortified with it. Vitamin D can come from a little sunshine, but not if you’re covered in sunscreen. And remember that your body’s ability to make vitamin D decreases with age, so you might want to consider supplementation.