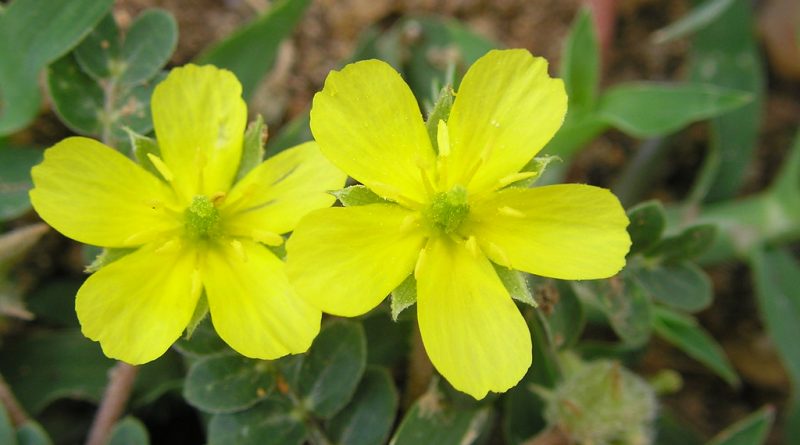 Tribulus Terrestris (TT) has been touted as an aphrodisiac for millennia and also as a performance enhancing supplement ever since Bulgarian weightlifters managed to blitz the Olympics back in the 1970s.  The trouble with attributing Bulgarian success to TT is the same issue that TT studies have generally; it’s usually not just tribulus that is in the research mix (And it’s highly unlikely the Bulgarians were only taking a spot of tribulus!)

Known as Goshkura in Ayurvedic medicine, Tribulus Terrestris may interfere with blood pressure medicines so do talk with your physician before taking.

So how does it work? The question may also be does it actually work?

Many studies have shown no correlation whatsoever between tribulus and increased testosterone, however testosterone is not the only marker of increased well-being or performance; Viagra is well known for making (ahem) changes to male physiology, but Viagra has no effect on free testosterone.

Conversely, there are two interesting animal studies  that suggest that there is a very strong correlation between TT supplementation and improved erectile function, with both concluding that there was an increase in nitric oxide availability.  Viagra also enhances nitric oxide vasodilation in the penis, but not everyone responds well to that particular drug.  Those animal studies didn’t end well for the rabbits involved and it’s hard to get men to volunteer to having their penises removed for science.  But there was another study done by the Department of Andrology at Cairo University in Egypt that simply measured erectile quality and testosterone.  Both reportedly went up substantially in subjects who received TT and not a placebo. While it’s easy to dismiss this as an outlier study, the mere fact that it placebo did have a control group taking and, being the department of Andrology, you would logically expect the well-being of its patients to be the main objective.

There is a lot of speculation around whether the saponins present in tribulus affect desire and circulation.  Ultimately we may need to wait until scientists isolate a component of it, patent it and run a study that proves once and for all its efficacy.

In the meantime which tribulus supplement should you buy?

In the brands we measured, Caruso’s is a very clear winner with a whopping 30g of tribulus split between plant and root.  Caruso’s also makes a point of citing the quantity of saponins in each tablet, and given that’s where the action (likely) is that’s important. You’d think the saponin amount would be proportional to the total amount of tribulus but the Bioglan has 27g of tribulus and only 95g of saponins.