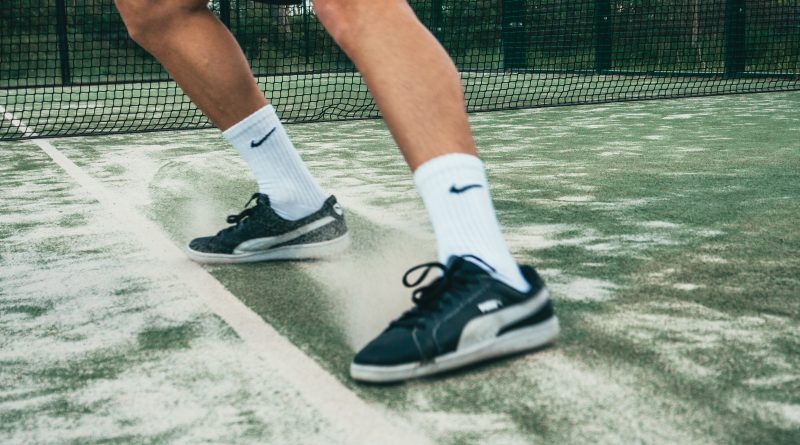 While all of the brands we have selected are reputable products there is a big variance in the makeup of what each of them are delivering. Part of the reason we set up Compare Vitamins was to demystify the (ridiculously) fine print on the back of those little bottles.

Read on to separate the wheat from the chaff.

For the all-important B group vitamins Microgenics, Blackmores, Nature’s Own, Thompsons and Swisse all have very solid levels of B1 through to B12 but it is Microgenics that generally provides the most B in each tablet. Cenovis and Centrum generally have much lower quantities of B-group vitamins, although Cenovis has 150mcg of Biotin which is 5 times the Australian RDI for men. Given Biotin (B7) builds up in the body and is easily sourced through a healthy diet this may be worth considering. Neither Cenovis, Microgenics nor Centrum have any Inositol (B8) which is helpful for anxiety, psoriasis, depression and ADD.

For vitamin C all of the brands we look at provide well above the 45mg Australian RDI for men, with Thompsons and Centrum tipping the scales at five times that amount. Vitamin C is water soluble in the body so there is little concern about overdosing.

Unlike B and C, vitamins A, D, E and K are fat soluble rather than water soluble which means it is important for you to consume your multi with food if they’re going to be effective. Without food with your multi you will just be creating expensive urine and potentially not addressing any supplementation issues you may have.

Vitamin A is important anti-oxidant that helps with vision, maintaining a healthy immune system and organ health. The body can convert beta carotene to vitamin A quite easily and efficiently which is why Swisse, Nature’s Own and Microgenics just include a dose of beta carotene. The other brands provide a mix of both A and a smaller amount of beta carotene. All are comfortably below the 90mcg RDI for vitamin A. Readers with a high alcohol intake should be cautious as heavy alcohol consumption drastically changes how the body processes vitamin A.

Vitamin D is especially important for healthy bone building by assisting the uptake of calcium. Swisse, Thompsons Nature’s Own and Cenovis all have a sensible 5mcg that is the RDI for men under 50, although for over 50s the RDI doubles to 10mcg. A bit of sun on the weekend will balance that out though. Microgenics contains 12.5mg but Centrum packs in 20mcg of D which is above even the 15mcg recommendation for men over 70. This should be carefully considered, as D can build up in the body when over supplemented. Blackmores, by contrast does not contain any D at all.

The antioxidant vitamin E ranges from 83mg with Thompson down to zero with Swisse. Nature’s Own, Microgenics and Centrum both have around 40mg while Blackmores and Cenovis have 20mg and 30mg respectively.

Swisse, Thompsons and Nature’s Own are the only brands to include choline, which is helpful for memory and muscle control, but with all of them including less than 30mg against an RDI of 550mg, this is not really a major selling point.

Swisse also includes a token 1mg of CoQ10 which sounds helpful until you note that the dosage recommendation is at least 100 times that amount. If you eat 100g of chicken thigh, beef, mackerel or peanut, you’ll get more than 2mg of CoQ10. Swisse has 200mcg of Lutein which studies have shown can benefit eye health, but again only in doses fifty times larger than included here.

While vitamins get most of the airtime, the minerals are actually just as important, if not more so. Let’s look at what our six brands include.

Boron has a broad range of effects including assisting the uptake of vitamin D and magnesium, prevention of osteoarthritis, bone health, testosterone production and wound healing. The studies that have shown these benefits have generally tested with supplementation in the 3mg to 6mg range, substantially higher than the 1mg included in Cenovis’ Mens Multi. That said, Cenovis is the only brand to include this important but often overlooked trace mineral.

Calcium is one of the most common mineral deficiencies for Australians and is dubbed a silent killer because it’s hard to tell until…snap!…. your bones break and you’re diagnosed with osteoporosis. With an RDI of more than 1000mg really only the Centrum product with 313mg is going to have much impact in the range we reviewed. The next best was Cenovis with 170mg while all of the others have below 60mg and as low as 10mg for Thompsons. Basically if your doctor has recommended a calcium supplement on top of your intake of leafy greens and dairy then you’ll want to go with Centrum or a dedicated Calcium supplement.

Chromium deficiency is relatively rare and all brands, except Blackmores, include it in their men’s multi mix. Centrum packs in the most at 35mcg (the RDI for men is 35mcg) with Cenovis at 25mcg. The others are below 10mcg.

Copper plays an important role in energy production and the brain and the Australian RDI is 1.7mg per day for men. Cenovis and Centrum and provide more than half the daily recommendation, Thompsons about a third, while Swisse and Nature’s Own have just 28mcg, or 1/60th of the RDI. Crab, oysters, liver or brazil nuts for vegetarians are a good alternative source if your doctor suggests you may be deficient in copper.

Iodine deficiency is surprisingly common in Australia so it is good to see that all brands other than Thompsons include this important mineral. Cenovis and Centrum supply the full daily RDI of 150mcg while Blackmores, Swisse and Nature’s Own have a smaller 50mcg. If you’re eating bread in Australia you’ll find it’s usually fortified with iodine. Otherwise seafood, dairy and eggs can help. Note that sea salt on its own is not a good source of iodine.

Iron deficiency is less common in men than in women, nevertheless it’s important to have enough iron to ensure you can produce enough healthy red blood cells. Carnivores will generally find their iron intake sufficient through meat which is more bio-available and easily absorbed. Vegetarians should ensure that they take sufficient vitamin C to assist with iron absorption. For men the Australian RDI of iron is 8mg a day. Nature’s Own, Cenovis and Centrum all contribute 60% or more of this amount. Swisse delivers about 40% while Thompsons and Blackmores do not have any iron included at all.

Magnesium plays an incredibly important role in the human body. Green vegetables, beans, nuts, legumes and seafood are all good sources, but magnesium absorption can be affected by too much fibre as well as too much zinc. Given most diets readily provide access to sufficient magnesium it is perhaps unsuprising that none of the multivitamins covered include more than 20% of the 420mg RDI for Australian men. Centrum and Nature’s Own have the most at around 80mg, Microgenics, Swisse and Cenovis all have around 50mg, with Thompsons the least at just 10mg. Given the importance of magnesium this particular mineral should be front and centre.

Manganese is important for bone building as well as being an important anti-oxidant. With a 6mg dose, Centrum is the only brand that exceeds the Australian RDI of 5mg. The other brands vary between 2mg for Blackmores and Nature’s Own down to 1mg for Swisse, Microgenics and Cenovis. Thomsons has 0.7mg.

The men’s RDI for potassium is 3,800mg a day so it’s fortunate that it is fairly abundant in the foods that we eat. A large tomato will provide approximately 400mg, 100g of spinach will pack 558mg and a cup of yogurt about 550mg. Swisse and Nature’s Own are the only brands to include potassium in their multis, but with just 4mg in either of them, you won’t be relying on your vitamin for this particular mineral.

Selenium is a mineral that is important for the thyroid, reproductive health (it boosts motility of sperm), thyroid regulation and is a powerful anti-oxidant. The RDI is 60mcg per day for Australian men. Microgenics goes all in with 150mcg, Centrum comes close to the RDI with 55mcg while the other brands are about half that level. A single brazil nut can provide 140mcg of selenium, so be mindful to keep your upper limit below 400mcg to avoid unwanted side-effects.

Zinc is another essential mineral for the immune system, thyroid function, as well as helping the body to fight off bacteria and viruses. Most people will get enough zinc through their normal diets, with the RDI at 12mg per day. Blackmores, Microgenics, Nature’s Own, Cenovis and Thompsons all deliver 15mg, Centrum has 11mg and Swisse has 6mg. Given zinc is readily available in a healthy diet (a single steak will cover your full daily RDI) any variance between the brands probably does not need to be a factor in your decision about which one to purchase.

Swisse and Nature’s Own have the longest lists of botanical extracts including Astralagus, Bilberry, Citrus Bioflavonoids, Damiana, Gingko, Globe Artichoke, Gotu Kola, Grape Seed, Green Tea, Ginseng, Lycopene, Oats, Saw Palmetto and Tribulus. Be mindful that dosages are often quite low, for example both brands have 120mcg of lycopene while a cup of raw tomatoes has 38 times that amount.

Gingko is included by Blackmores, Swisse and Nature’s Own but with wildly different amounts. Blackmores includes 1000mg while the other two brands include just 120mg. With a range of cited benefits from circulation improvement to reduction of inflammation and even potentially fighting Alzheimers this seems to be a root worth exploring, but studies have shown that at the 120mg level there was no correlation between gingko consumption and improved health outcomes. Conversely a peer-reviewed study by the National Toxicology program found force feeding a bunch of unfortunate rats with an excess of gingko caused lesions and cancers.

An interesting inclusion from Blackmores is Tribulus which has been shown to increase libido, although research has not shown a correlation between consumption and increased testosterone in humans. At 6000mg it is a reasonably large dose, and men should be aware that tribulus can interact with some medications including beta-blockers.

For the vitamin component of your multi, Thompsons is probably the best all-rounder closely followed by Nature’s Own.

For the mineral component of your multi – perhaps the area that is more difficult to supplement by diet alone – Centrum is the pick of the bunch.

For botanical extracts, which may in turn improve the efficacy and absorption of the accompanying vitamins and minerals, Swisse and Nature’s Own are the strongest.

Image by Oliver Sjöström at ollivves.com